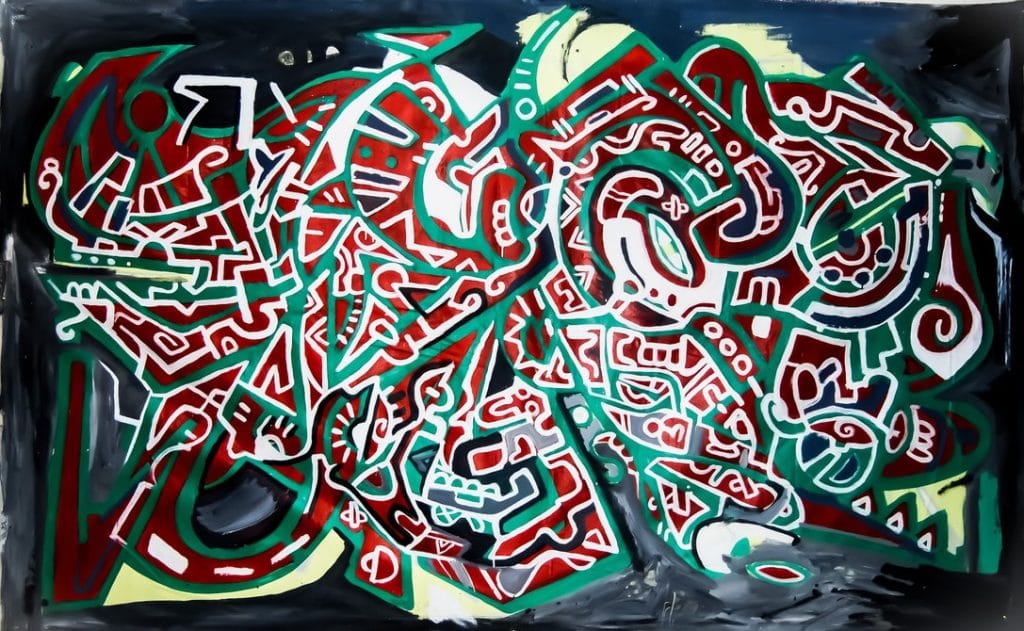 I can entrance the viewer into other realms and dimensions.

As an artist, one feels the civic duty to the people. Just as early graffiti spoke unspoken truths, as sacred as the ancient texts, to the primitive human cave drawings. I tend to respect art almost religiously, as early as I can remember as a child, going to the Museum was more profound and powerful than any temple.

I consider my work as a study to beauty in art and respect to past minds that have developed us as a civilization.

A Texan-born Mexican American artist having most of his childhood upbringing in between Houston and Monterrey, as it is usually for most first-generation youth of immigrant parents coming from Mexico in search of opportunities. He was always instilled with the duty of hard work and diligence throughout his family, a pillar value in the Mexican culture of the rural and working class.

At the same time always having this divided notion of identity and belonging dictated by the Rio Grande, a natural occurring border in south Texas that has been aggrandized and overstated by current politics. An existential paradigm shift that is now considered a rite of passage for many children that are eyewitnesses to the spoils and hunger of both sides of the coin.

As early as twelve years old his hand began to explore the creative side through the destruction of sofas, chairs and such furniture by taking part in the family business. Once again inculcated that since one was not fortunate enough to have come from “old money”, one must earn his bread by the sweat of his brow. Yet, he always found himself daydreaming of being something, someone… like the stories he would read of Diego Rivera and other great artists of the times. To be free from the everyday enslavement of work, a free-spirited soul that at first resonated with the language of music, along with the surrealists art which liberated his psyche from the everyday monotony of academia and labor.

Naturally as teenage rebellion may come, passion and action became expression through drums and cymbals, while also defacing the concrete jungle with coloured spray cans “with the crew”. Even though a rebel at heart, his love and quest for knowledge also incited the respect for art-movements such as the Dadaists and obscure spiritual philosophies. Inevitably leading him to become an outsider, an outcast as most artists may feel at certain times. Now setting out to be the wizard, the shaman traveler on a quest to see the real, it seems almost as destiny to have found Jean-Michel Basquiat. Better said, like a “transcendent guiding spirit” watching over him as in the Native American beliefs of the land.

Throughout his years, his perseverance and dedication to express himself honestly in his craft embodies the narrative of his walks of life, quests and experiences.