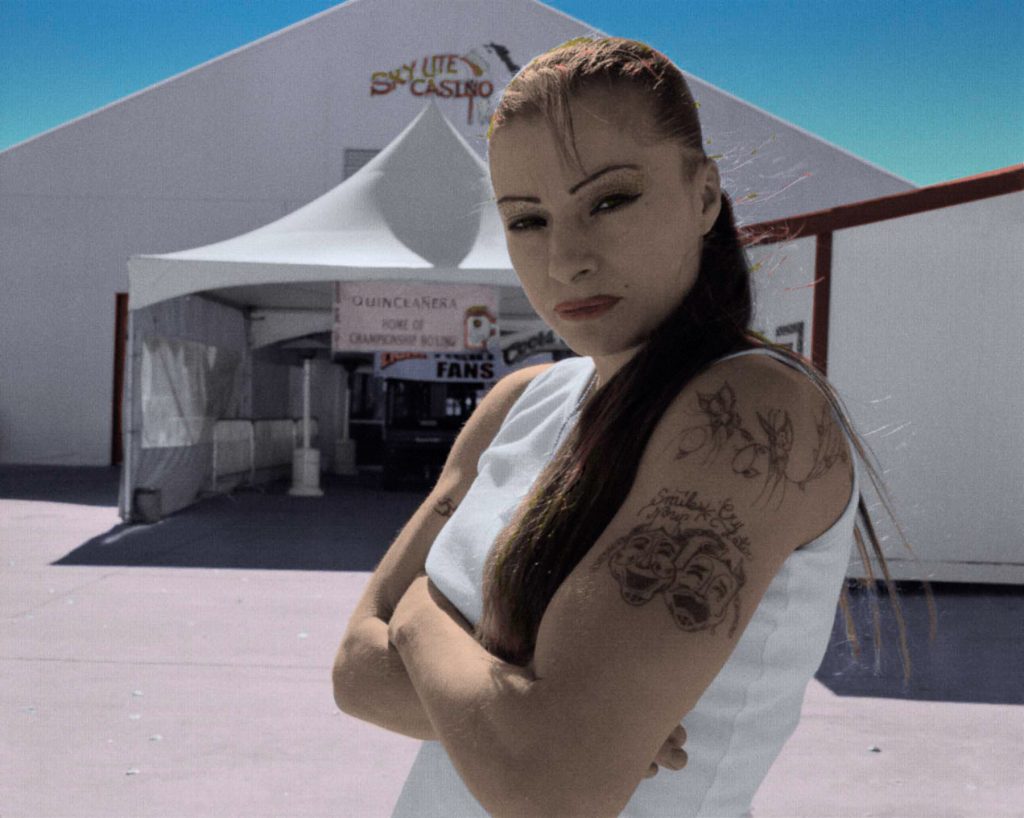 To be instrumental in contributing to the Latinx esthetic

Delilah Montoya is a self-identified Chicana photographer, printmaker, and installation artist, working and living in the U.S. Southwest of New Mexico and Texas. As an activist artist, she poses herself questions about identity, power, land, borders, gender, community, family, that she then explores through her art practice; one that is generally based in series that tell specific stories pointing to larger experiences. Even if she produces a one-off singular work of art, it addresses multiple histories and points of view. One can think of Delilah as an artist/scientist/anthropologist/sociologist/humanist. Her works are both highly cerebral and conceptual on the one hand, and aesthetically dense and psychologically complex on the other. She is an investigator of histories and lives; her primary subject is the human condition through time and territory as expressed through the lens of being a mestiza, a Chicana, someone who claims a hybrid identity and place both in terms of lineage and culture.
Born in Texas, raised in the Midwest, she has called New Mexico the ancestral home of her mother’s family home for more than thirty years. Its complex ethno-racial, religious, and socio-economic heritage has proved to be a fertile ground for her artistic explorations and collaborations with members of many disparate communities. – Holly Barnet-Sanchez

Delilah Montoya serves as a professor in the Katherine G. McGovern College of the Arts Houston at the University of Houston. Montoya’s numerous projects investigate cultural phenomena, always addressing and often confronting viewers’ assumptions. Women Boxers: The New Warriors, a book project was published by Arte Publico Press and exhibited at Project Row House. Later it traveled to Los Angeles, Santa Fe, New York City and Dallas and was reviewed in Art in America. Montoya’s work has traveled with the International Center for Photography exhibition “Only Skin Deep: Changing Visions of the American Self” and “Arte Latino: Treasures from the Smithsonian American Art Museum.” She received Artadia Award and was honor with Richard T. Castro Distinguished Visiting Professorship. Her current work, Contemporary Casta Portraiture, Nuestra  Calidad, featuring sixteen present-day photographic family portraits, along with a DNA study for each clan Montoya mimics and revitalizes the Spanish colonial depiction of the complex racial mixing of the people of New Spain in the eighteenth and early nineteenth centuries. This work was generously supported by the University of Houston CMAS SEED grant and UH Small Grant Program.