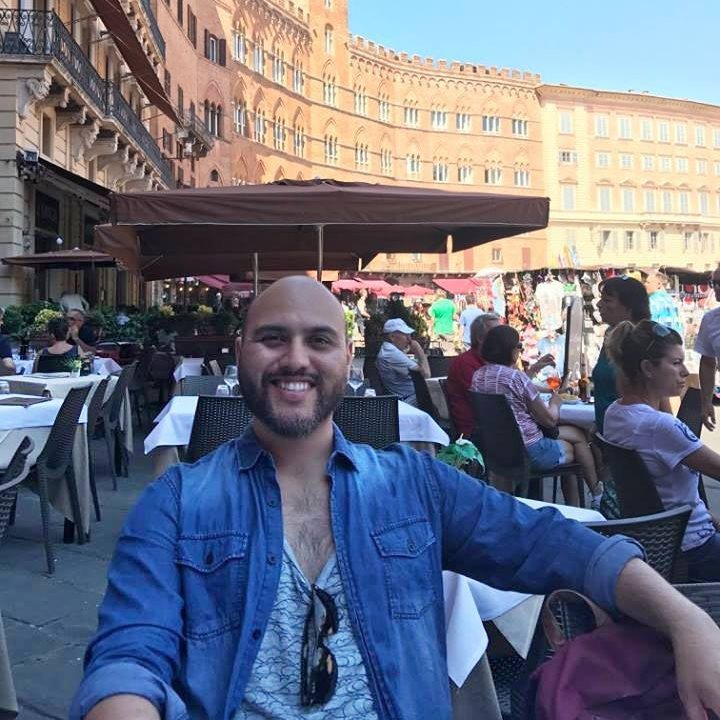 I would like the work to inspire other Hispanic/Latinx artist to pursue a career in art. I believe there isn't enough artist of color represented in the Houston art scene.

My practice explores relationship dynamics through a queer Latinx lens. Figurative interpretations, based loosely on classic portraiture, explore themes of masculinity and sexuality with vibrant color palettes and found materials. Biblical allegories are often used to frame interpersonal situations. Subjects are often captured in intimate spaces and evoke a sense of introspection.

Hugo Perez is a Houston-based visual artist and designer. A graduate of the Art Institute of Houston, he received his BFA in Graphic Design. In 2016, he was awarded a residency through John Ross Palmer’s Escapist Program. His work has been collected nationally and internationally. His piece, Eternal Spring, was selected as the cover for University of Houston’s 2018 annual report for the Center of Mexican American Studies (CMAS).

In 2016 he partnered with Pride Portraits, a national campaign, to develop the branding and paint their backdrop, a pivotal piece of the campaign. During his time with the organization, he also had the opportunity to paint the largest pride mural in Houston.

In 2018, he led the rebranding of Harris County Public Health’s HIV prevention program, Testing123, which serves the LGBTQ+ population
in Houston.

Most recently, he co-founded, along with 2 other artists, the queer art collective, Qollective. The group, which consists of 7 multidisciplinary artists, aims to create meaningful dialogue around contemporary social issues through visual and performance art.