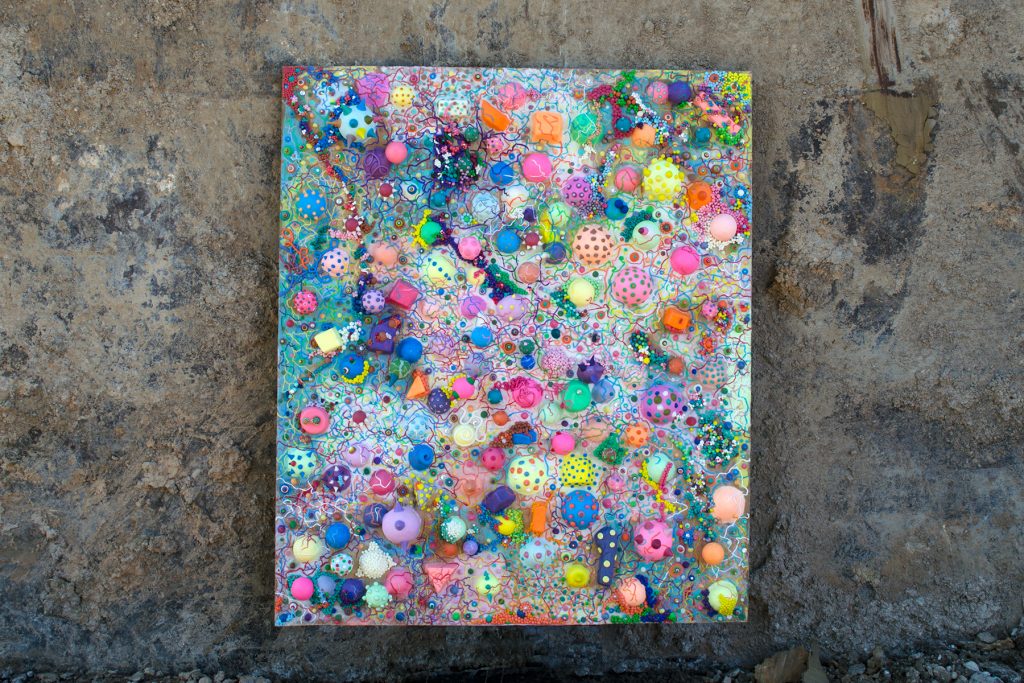 I try to provoke a reflection between me, the artist, and them, the viewer, concerning the established elements of our social and cultural society, with special interest in themes of class structure and gender.

My current ambitions are to blend the domestic with the external and social environment. In this form I express two possible narratives. The first being the household environment with its routines, love and its many emotional conditions, often invisible in the context of capitalist productivity. And the second being the external or urban environment, a mostly wild and chaotic narrative with serious glimpses of dehumanization and depersonalization.

As a daughter of a Chilean mother and an Uruguayan father, Mariela G. Dominguez has lived between Santiago of Chile, Buenos Aires, and Montevideo.

As a graduate student in Graphic Communication, Mariela worked in the production of the project 730 diías de Cartel. This was an outstanding project of contemporary poster design in Chile.
Later, at the University of Buenos Aires, Argentina, after graduating in Strategic Management Design, she focused her creative abilities in the management and planning of projects that integrate design with the visual arts.

Her activities as a curator started in the year 2009, in the city of Buenos Aires with the visual arts initiative Sincura. Afterwards, in the same creative tendency she continued with the international visual arts project Cuatro Veces Yo, shown between the years 2014 and 2016 in the cities of Montevideo, Buenos Aires and Santiago. In 2015 while living in Santiago she co-directed the management and production of the Lobas festival, whose objective was to highlight the work of 20 female artists.

Currently based in Houston she continues her own artistic production and she was recently selected to exhibit at the CraftTexas 2018 at the Houston Center for Contemporary Craft.