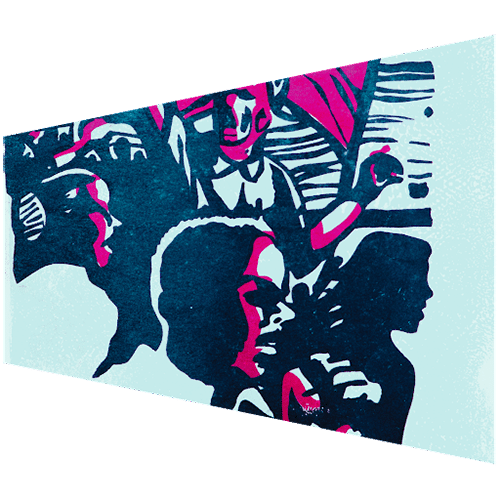 Join us for an Afternoon Tertulia: The Lettered Barrida on Thursday, February 17th, 2022 at 4 PM EST. We will be joined by author and professor Jorell Meléndez-Badillo and Centro researcher José Laguarta Ramírez who will be discussing Meléndez-Badillo’s newest book, The Lettered Barrida. In his book, Meléndez-Badillo tells the story of how a cluster of self-educated workers burst into Puerto Rico’s world of letters and navigated the colonial polity that emerged from the 1898 US occupation. After the discussion, whose themes are outlined below, Jorell and José will open the floor for audience members to ask questions.

Jorell Meléndez-Badillo is an Assistant Professor of History at Dartmouth College. His work focuses on the global circulation of radical ideas from the perspective of working-class intellectual communities in Puerto Rico, the Caribbean, and Latin America. His most recent publications include The Lettered Barriada: Workers, Archival Power, and the Politics of Knowledge in Puerto Rico (Duke UP) and Páginas libres: Breve antología del pensamiento anarquista puertorriqueño, 1900-1919 (Editora Educación Emergente). He is currently working in a book titled Puerto Rico: A National History, under contract with Princeton University Press.

Jose A. Laguarta was born in San Juan and has a Ph.D. in Political Science from The Graduate Center, CUNY. His current research focuses on the moral economies of colonial capitalism in Puerto Rico. It explores how ways of speaking, thinking, and feeling by different social actors (both historical and contemporary) on diverse social and political “ills” and their appropriate “remedies” emerge and in turn shape different responses. To that end, he is examining a wide range of primary sources, including official statements and documents, public debates, journalism and literature, popular culture, and social movement practice and discourse