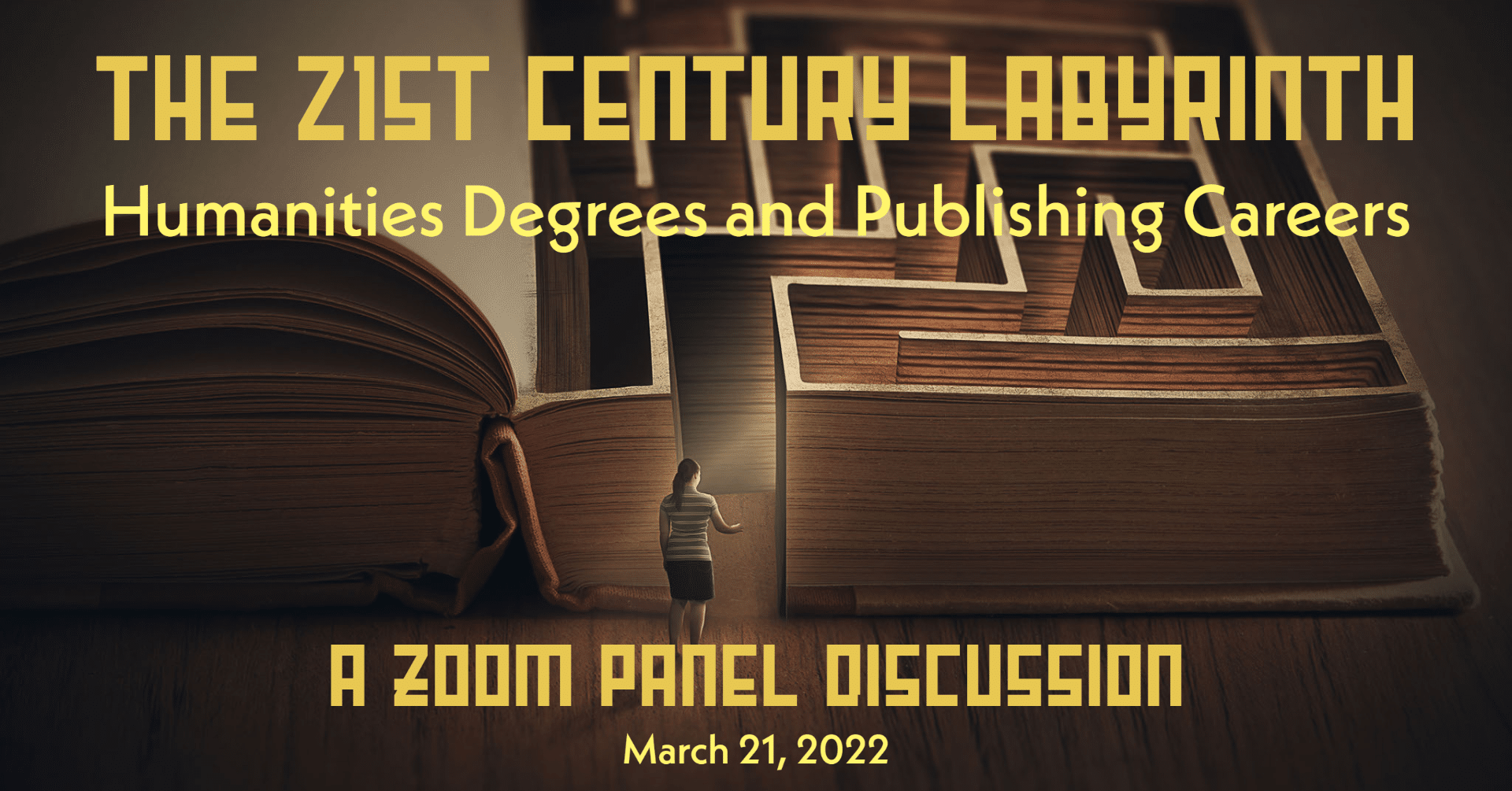 The AGLSP Board is pleased to host this free virtual roundtable event moderated by Amy Danzer (Northwestern University) featuring Steven Burr (Confluence), William Nericcio (San Diego State University Press), and Donna Seaman (Booklist), in which they discuss ways they have used their humanities degrees to land careers in books and journals and have channeled their humanities backgrounds into creative projects and teaching.

The panelists will also discuss ways that publishing dovetails with other pursuits in the humanities.

While this event is free, we do request that you register to receive the Zoom meeting link:
https://gscs.formstack.com/forms/2022_aglsp_spring_event_registration

Amy Danzer, Moderator
Amy Danzer works at Northwestern University where she manages several master’s programs, including the MA in Writing and MFA in Prose and Poetry programs, the MALS and MALit programs, and directs the Northwestern University Summer Writers’ Conference. She is Board President of the Chicago Literary Hall of Fame, serves on the Board of the AGLSP and on One Book One Northwestern’s steering committee, and was recently named to Newcity’s Lit 50 list. On the side, she interviews authors for Newcity and The Rumpus, at book stores and literary festivals. When Danzer isn’t working, reading, or writing, she’s regularly at live lit events around town, and occasionally shares a story of her own.
Dr. Steven A. Burr, Panelist
Dr. Steven A. Burr has taught at Georgetown University, Frostburg State University, and Loyola University Maryland; at the latter he also served as Director of Program Operations for the Graduate Liberal Studies program. He is the Editor of Confluence: The Journal of the AGLSP, and his first book, Finite Transcendence: Existential Exile and the Myth of Home (Lexington Books/Rowman and Littlefield, 2014), examines the human engagement, aesthetically and existentially, with the finitude and limits that define human existence. More recently, he has written on identity, marginalization, and liberal education for the journals Zeteo and Soundings, as well as the Foreword to Duncan and Marjorie Phillips and America’s First Museum of Modern Art (Vernon Press, 2021). He completed his doctoral work in liberal studies at Georgetown University.
Dr. William Nericcio, Panelist
William “Memo” Nericcio, a Tejano Cultural Studies Professor from Laredo, Texas, began his career as a Latin Americanist focused on novels of the 20th century by Carlos Fuentes, Rosario Castellanos, Julio Cortázar, and Gabriel García Márquez. From his first Assistant Professorship at the University of Connecticut he moved to SDSU in 1991, where his work has expanded into critical studies of film, mass culture, television, and cutting-edge Latinx fiction. With a BA in English from the University of Texas at Austin, and a Ph.D. in Comparative Literature from Cornell University, Nericcio presently directs the MALAS Cultural Studies MA @SDSU and also runs SDSU Press, the oldest independent scholarly press in the California State University system. His latest book, co-authored with Frederick Luis Aldama, Talking #browntv: Latinas and Latinos on the Screen, appears December 2019 from the Ohio State University Press.
Donna Seaman, Panelist
Donna Seaman is the Editor for Adult Books at Booklist; a member of the Content Leadership Team and National Advisory Council for the American Writers Museum, and a recipient of the James Friend Memorial Award for Literary Criticism and the Studs Terkel Humanities Service Award. Seaman has written for the Chicago Tribune, the Los Angeles Times, and other publications, and contributed biocritical essays to the Oxford Encyclopedia of American Literature and American Writers. Seaman has been a writer-in-residence for Columbia College Chicago and has taught at Northwestern University and the University of Chicago. She created the anthology In Our Nature: Stories of Wildness; her author interviews are collected in Writers on the Air: Conversations about Books, and she is the author of Identity Unknown: Rediscovering Seven American Women Artists. She also teaches for the Northwestern University MA in Writing and MFA in Prose and Poetry programs.
+ Add to Google Calendar