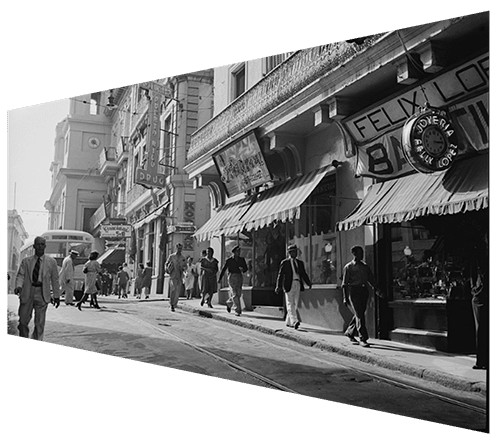 Historian Aníbal Sepúlveda Rivera argues that San Juan, capital of Puerto Rico, has been re-founded twice. There is the first well-known re-foundation of 1521, when the capital was moved from a mosquito-infested swamp unto the islet it currently occupies; but there was a second re-foundation that happened around the late 1940’s, when the capital first experienced an almost uncontrolled suburban expansion. This happened during the aggressive industrialization of the island in the post-war years; it is also when the diaspora to the United States, particularly in New York City, grew massively. This conversation between Anibal Sepúlveda and curator Monxo López will investigate this curious argument.