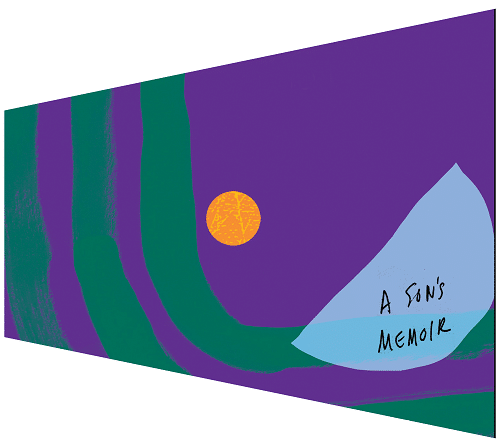 Join us on Tuesday, May 10th, 2022 at 6:30 PM EST for a Cafecito con… Christopher Sorrentino: Now Beacon, Now Sea. In this event, we will be in partnership with the Calandra Italian American Institute, to discuss Christopher Sorrentino’s memoir: Now Beacon, Now Sea. This memoir depicts the death of Christopher Sorrentino’s mother in 2017, marking the end of a journey that had begun eighty years earlier in the South Bronx. Her son watched helplessly as she grew more isolated, distancing herself from everyone and everything she loved. Sorrentino excavates his own memories and family folklore in an effort to peel back the ways in which Victoria seemed trapped between conflicting identities: the Puerto Rican girl identified on her birth certificate as Black, and the white woman she had decided to become. Meanwhile Christopher experiences his own transformation, emerging from under his father’s shadow and his mother’s thumb to establish his identity as a writer. To join the discussion on Sorrentino’s journey through this book.

To join the discussion via Zoom on Sorrentino’s journey through this book, be sure to RSVP below. Bilingual translation services will be provided!

Christopher Sorrentino is the author of six books, including Trance, a National Book Award Finalist for fiction, The Fugitives, and Now Beacon, Now Sea, a New York Times ​Notable Book in 2021. His work has appeared in A Public Space, The Baffler, BOMB, BookForum, Conjunctions, Esquire, Fence, Granta, Harper’s, The Los Angeles Times, McSweeney’s, The New York Times, Open City, The Paris Review, Playboy, Tin House, and many other publications. He has been the recipient of fellowships from the John Simon Guggenheim Memorial Foundation, the Lannan Foundation, the New York Foundation for the Arts, and the Ludwig Vogelstein Foundation, and he was Writer-in-Residence at Fairleigh Dickinson University in 2011. He also has taught at Columbia University, New York University, the New School, and at the Unterberg Poetry Center of the 92nd Street Y.

Vanessa Pérez-Rosario received her Ph.D. in comparative literature from the University of California, Davis. She is the author of Becoming Julia de Burgos: The Making of a Puerto Rican Icon (University of Illinois Press 2014), which will be published in a Spanish edition titled “Julia de Burgos: la creación de un ícono puertorriqueño” later this year (University of Illinois Press 2021). She is editor of Hispanic Caribbean Literature of Migration: Narratives of Displacement (Palgrave 2010). She translated into English Mayra Santos-Febres’ collection of poetry entitled Boat People (Cardboard House Press 2021). She is editor of “I am my own path: A Bilingual Anthology of Julia de Burgos’ Writings” (under review). This anthology will make the prose and letters of Julia de Burgos widely available for the first time. Vanessa Pérez-Rosario is managing editor of Small Axe: A Caribbean Journal of Criticism. She is curator of Off the Page: Conversations with Writers, a Queens College literary reading and speaker series.

Joseph Salvatore is the author of the story collection To Assume A Pleasing Shape (BOA Editions, 2011) and the co-author of the college textbook Understanding English Grammar, 10/e (Pearson, 2015). A Spanish translation of his story collection, Presentarse En Forma Grata, was published in 2018 by Editorial Dos Bigotes, Madrid, Spain. He is Books Editor at The Brooklyn Rail and a frequent contributor to The New York Times Sunday Book Review. His fiction has appeared in, among other places, Tiny Nightmares (Catapult, 2020)​, ​The Collagist, Dossier, Epiphany, New York Tyrant, Open City, Post Road, Salt Hill, Sleeping Fish, ​Statorec, ​and Willow Springs. His criticism has appeared in ​The ​​Los Angeles Times; Rain Taxi; Routledge International Encyclopedia of Queer Culture; Angels of the Americlypse: an Anthology of New Latin@ Writing; the Believer Logger, and elsewhere. He is an associate professor of writing at The New School in New York City, where he received the University Distinguished Teaching Award and was the founding editor of the literary journal LIT.