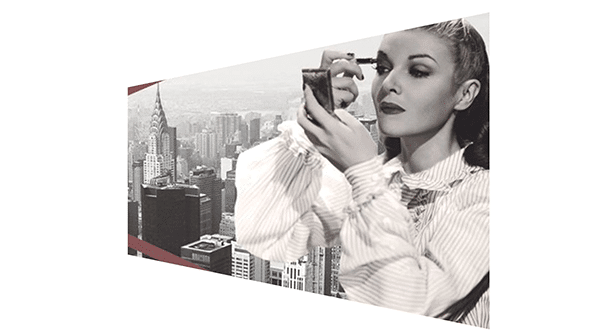 March is Women’s History Month and we’re starting off right on Wednesday, March 9th, 2022 at 4 PM EST with a Cafecito con Dr. María Teresa Vera-Rojas! In this very special Cafecito, Centro Researcher Dr. Celiany Rivera Velázquez and Dr. Vera-Rojas will explore María’s book “Se conoce que usted es ‘Moderna’” where she not only focuses on the work and debates of Puerto Rican writers and feminists Clotilde Betances Jaeger, María Mas Pozo, and Josefina Silva de Cintrón but also explore, among other things, the meaning of modernity and modern women created and projected by publications such as Gráfico, La Prensa and Artes y Letras. After the conversation, Celiany and María will open the floor to the audience for a Q&A.

Dr. María Teresa Vera-Rojas (Venezuela) is Assistant Professor in Hispanic Studies at the Universitat de les Illes Balears. She is also a researcher in ADHUC—Research Center Theory, Gender, Sexuality at the Universitat de Barcelona, and is the Editor of 452ºF. Revista de Teoría de la Literatura y Literatura Comparada. She holds a PhD in Cultural and Gender Studies from the Universitat de Barcelona (2016) and a PhD in Hispanic Studies from the University of Houston (2007). Her interdisciplinary research focuses on gender and sexuality studies, queer theory, postcolonial feminism, and cultural and literary studies, with a particular interest on contemporary Hispanic Caribbean and Venezuelan literature and culture, as well as on the study of early twentieth-century Latinx culture, literature, and feminism in New York City.

Celiany holds a doctorate in Communications & Media from the University of Illinois in Urbana­-Champaign. They have served as the Director of the NYU LGBTQ Center and as an Adjunct Faculty at the NYU Silver School of Social Work. Since 2016, they have served as faculty at Universidad de Sagrado Corazón and of Universidad de Puerto Rico. They are the founder of Circuito Queer an non-for-profit organization that designs educational and collaboration opportunities for feminist and LGBTTQIA+ movement leaders in Puerto Rico and the Caribbean. Their research contributions can be found in comissioned reports like Technologies for Liberation: Towards Abolitionist Futures (2020) and anthologies like Blacktino Queer Performance (2016), Feminist Erasures (2015) and Rita Indiana: Archivos (2017). Throughout their career, they have combined written and visual knowledge production to train and consult, as well as screen and present, their work in national and international settings.