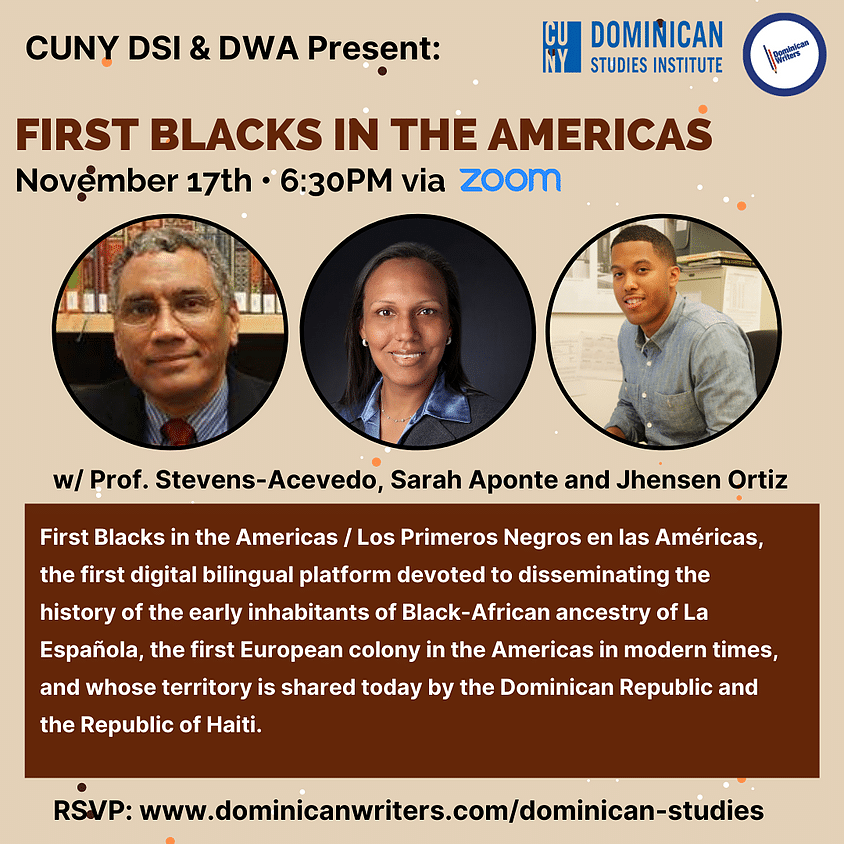 THE CUNY DOMINICAN STUDIES INSTITUTE (CUNY DSI), a research unit of the City University of New York housed at The City College of New York, announced on Friday, December 2nd, 2016, the publication of the new online academic and educational platform “First Blacks in the Americas / Los Primeros Negros en las Américas,” the first digital bilingual platform devoted to disseminating the history of the early inhabitants of Black-African ancestry of La Española, the first European colony in the Americas in modern times, and whose territory is shared today by the Dominican Republic and the Republic of Haiti.

“The main goal of this platform will be to disseminate the little known story of how the first Black-African dwellers of the Americas in modern times (that is, after the arrival of Colombus in 1492) lived, worked, struggled, survived, produced a culture, died and left a long-lasting legacy that has become an integral part of Domincan culture and of the cultures of the Americas,” said Dr. Ramona Hernández, Director of CUNY DSI.  “It is a story –added Dr. Hernández– that began in La Española, the first colonial settlement of the modern Americas that later would evolve into what we know today as the Dominican Republic and the Dominican people.