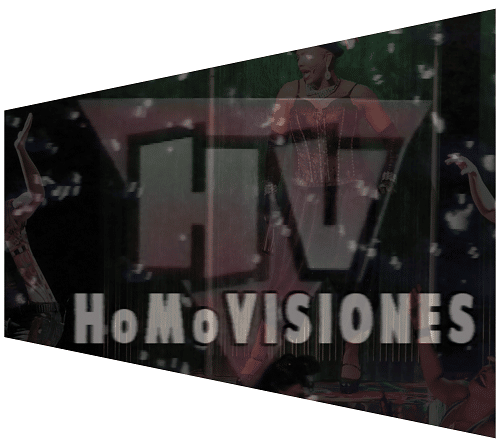 Join us on Tuesday, June 21st at 12 PM EST for the final Library Lunch Hour of the year: Queer Identity in Media. This Library Lunch Hour stars Heriberto Gonzalez, the host of HoMoVISIONES, the first television program to cover LGBTQ+ issues from the Latino/Latina/LatinX perspective, as the host of this event. James King, Artistic Director of ALL ARTS, will be moderating the conversation between Associate Artistic Director of Teatro Pregones Jorge Merced and Aida Garrido, who digitized the HoMoVISIONES collection and made it available for public viewing to discuss their work.

The HoMoVISIONES collection, including ephemera related to the video content, is held at the Center for Puerto Rican Studies at Hunter College. The series was digitized and made accessible in collaboration with CUNY TV Archives as part of “Uncovering CUNY’s Audiovisual Heritage,” a project generously funded by the Council for Library and Information Resources. HoMoVisiones was a cable television program dedicated to gay Latine issues. This archival collection holds multiple records of gay and lesbian Latinx social and political movements including their cultural counterparts surrounding metropolitan cities in the archipelago and the diaspora. Tune in this pride month to join the conversation!

Teatro Pregones and ALL ARTS new documentary, Queer Latine Voices at Teatro Pregones, dives into how Latine theater makers explore how a new millennium for queer identity and storytelling took shape in the South Bronx.

James King is the current Artistic Director of ALL ARTS. Most recently, he was the Managing Director at Harlem Stage. He also served in various administrative and leadership positions with arts organizations such as The Public Theater, Alvin Ailey American Dance Theater and Cherry Lane Theater. He is a member of the Off-Broadway League of Theaters and Producers, the Board of Directors for New Yorkers for Culture and a voter and nominator for the Lucille Lortel Awards. King has also served as a consultant to and on peer review panels for such organizations as the National Education Association (NEA), New York State Council on the Art (NYSCA), Lower Manhattan Cultural Council (LMCC) and the Susan Smith Blackburn Award. Photo courtesy of Massimo Lacoboni.

Jorge B. Merced is an award-winning theater director, actor, cultural activist and mentor with a strong passion for Latine communities of practice and LGBTQIA+ free expression. His manner of work draws from the principles of multidisciplinary collective creation, community self-determination, and lifelong learning in the arts. His chosen disciplines are theater, music and dance. He is the associate artistic director (1987-present) at Pregones Puerto Rican Traveling Theater (Pregones/PRTT) – a multigenerational performing ensemble, multidisciplinary arts presenter and steward of arts facilities in The Bronx and Manhattan’s Broadway district. With the company, he makes musicals and plays rooted in Latine cultures, leads the company’s ongoing LGBTQIA+ programming and presents fellow artists who share a twin commitment to the arts and civic enrichment. His decades-long leadership has been central to the company’s interborough New York City season, playing a decisive role in empowering underserved artists and audiences to claim their rightful place at the front of American theater.  Photo courtesy of Pregones PRT

Aida Garrido is a sound and moving image archivist interested in preserving all forms of cultural heritage. She has worked with David Zwirner Gallery, Blank Forms, Eye Film Museum, Rietveld Academy, Brooklyn Museum, and CUNY TV. She received her B.A. in history from Princeton University and her M.A. in film preservation from University of Amsterdam.

Heriberto González has more than 25 years of experience as a bilingual journalist. He is currently the deputy press secretary to New York State Assembly Speaker Carl Heastie. González worked for 17 years at El Diario La Prensa as news editor for El Diario/Impremedia, covering political and entertainment news. Prior to that, he was Assistant Editor for POZ en Español and Producer/Overall Host and co-founder of the first Latino LGBTQ+ TV show HoMoVisiones. He was press assistant for the Clinton/Gore ’92 National Campaign in Little Rock, Arkansas. Earlier that year, he hosted/produced the NYC Cerro Maravilla hearing retransmission for HITN Network (Ch. 75). He worked as assignment editor for Univision Noticias 41 and reporter/producer for WSJN-Ch. 24 in Puerto Rico. He has a master’s degree in Public Administration from Walden University (Minneapolis, MN) and a BA in Communications from Universidad del Sagrado Corazón (San Juan, PR).