The Latin GRAMMY-nominated group of teen Mexican-American musicians has released four highly acclaimed studio albums with chart-topping debuts on both the Billboard and the iTunes Latin Albums charts. Mariachi Herencia released its latest album, Esencia, Vol. 2 in May 2020.

The ensemble started five years ago as a student group in Chicago Public Schools. They have since toured throughout the U.S., Mexico and Canada, performing in some of the most prestigious performing arts venues, including Washington D.C.’s Kennedy Center and Guadalajara’s Teatro Degollado.

Family friendly, all ages are welcome. 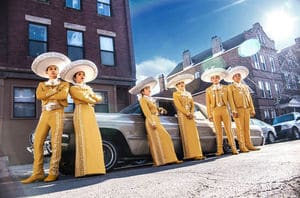