Q&A with Julián Castro: Running for President in 2020 and the Future of American Politics

Former San Antonio mayor and Obama Housing Secretary Julián Castro launched a campaign for president in 2020 grounded in the belief that every person should count and that Washington should put people—not big, special interests—first. His campaign put forward bold and groundbreaking policy plans, spoke hard truths about critical issues, and put a spotlight on the most vulnerable Americans.

Julián launched People First Future to help elect bold, progressive candidates—from city hall to the halls of Congress—whose campaigns are focused on improving the lives of all people they hope to represent. 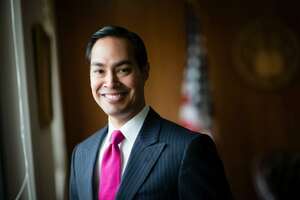