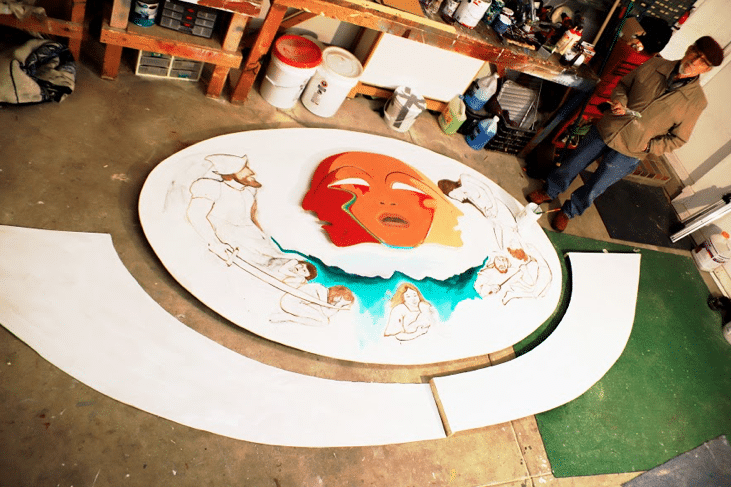 Leo Tanguma, well-known Chicano muralist, originated from Texas and moved to Colorado in 1983. He is best known in Houston for his mural Rebirth of Our Nationality, a 240’ long by 18’ high mural that he painted in 1972 -1973 with the assistance of students and other artists. In Rebirth of Our Nationality, Leo Tanguma depicted the Mexican-American Community rediscovering its cultural and historical identity. With Leo Tanguma acting as a consultant, Gonzo247, internationally known graffiti artist, beautifully re-created this mural in 2017 – 2018. Leo Tanguma has produced many murals in Denver and throughout the United States. Perhaps the most widely known murals are located at the Denver International Airport. In Peace and Harmony with Nature portrays the destruction of the environment, and its future rehabilitation. In Children of the World Dream of Peace, Leo Tanguma painted a giant war figure looming over sleeping children from the Auschwitz Concentration Camp, dreaming of peace, while young children from over 80 nations are coming to bring their swords to be beaten into plowshares.