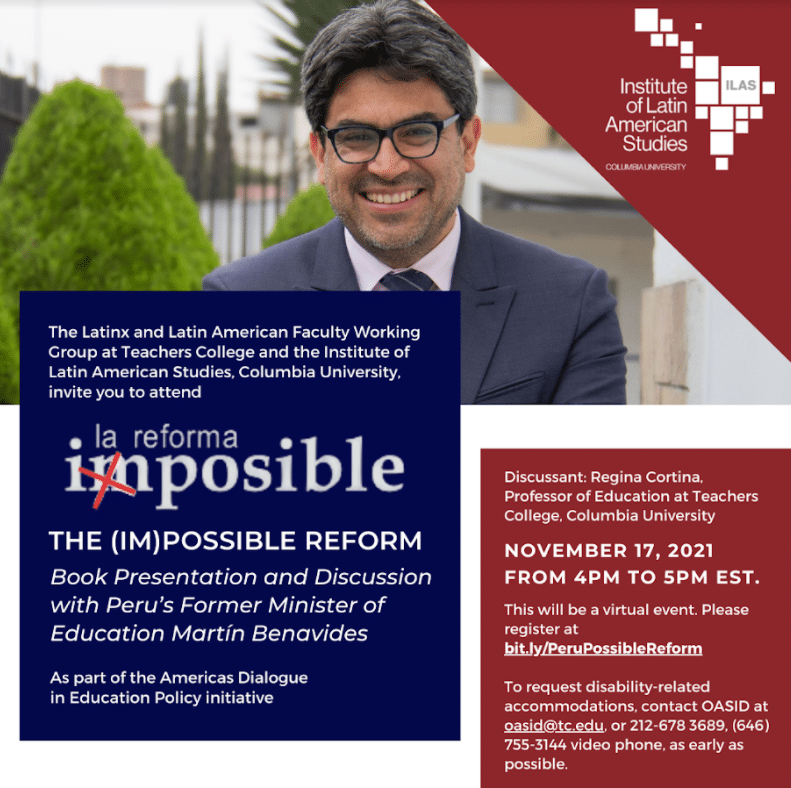 The Latinx and Latin American Faculty Working Group at Teachers College and the Institute of Latin American Studies, Columbia University, invite you to attend The (Im)possible Reform – Book Presentation and Discussion with Peru’s Former Minister of Education Martín Benavides.

“When I was Minister of Education, I told my colleagues that I would remain in silence for at least five months after leaving my position. Out of respect for my successor, since I believed that we were somewhat responsible for what we leave behind. I kept my vow, and these have not been months when I did not want to defend the administration from unfair, imprecise, or false statements. But I remained in silence. Instead, I wrote this book to tell my story as a public servant: first, as superintendent at SUNEDU and then, as a state Minister. This is not an academic book, but a narrative, documented by interviews of the time, public documents, and facts reconstructed along with some colleagues.” –Martín Benavides

This will be a virtual event. Please register at bit.ly/PeruPossibleReform