The Struggle for Freedom in La Española: Commemorating the 500th Anniversary of the First Slave Revolt in the Americas 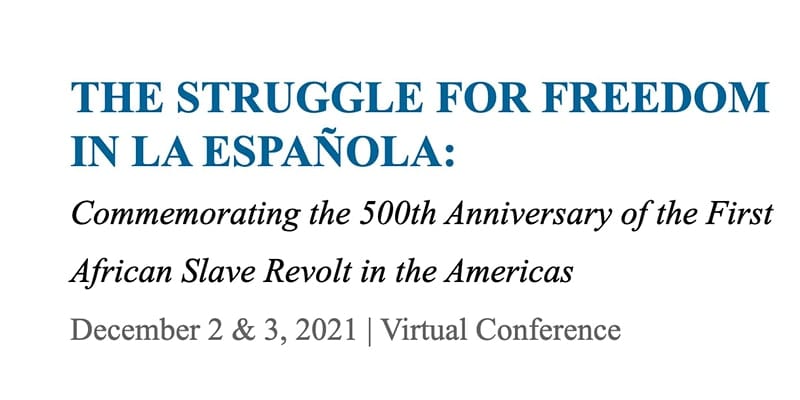 HONORING CARLOS ESTEBAN DEIVE: The Man and his Legacy

On the second day of Christmas in December of 1521, African Black enslaved people near Santo Domingo City broke free from their captivity, took to the streets, taking the lives of Spanish colonists that kept them in bondage and bought them as commodities. Consequently, the Spanish authorities issued laws to punish the rebels and prevent Black people from attempting to rise up again for their freedom. The Santo Domingo Slave Revolt of 1521 and the Slave Laws of 1522 have been recorded as the first of their kind in the history of the Americas. It is the plantation of Diego Colón, the son of Cristóbal Colón and Viceroy of the Indies, located on the north-west of today’s Santo Domingo Province, that became the scenario for the historic insurgence. The enraged mob moved westward along the Nigua River basin to Azua, another hub of early plantation slavery, planting terror on their path in an unbridled race away from evil. The Struggle for Freedom in La Española: Commemorating the 500th Anniversary of the First Slave Revolt in the Americas conference seeks to remember and honor the 500th anniversary of such a transcendental moment that marked forever the history of resistance of Black people in the New World.