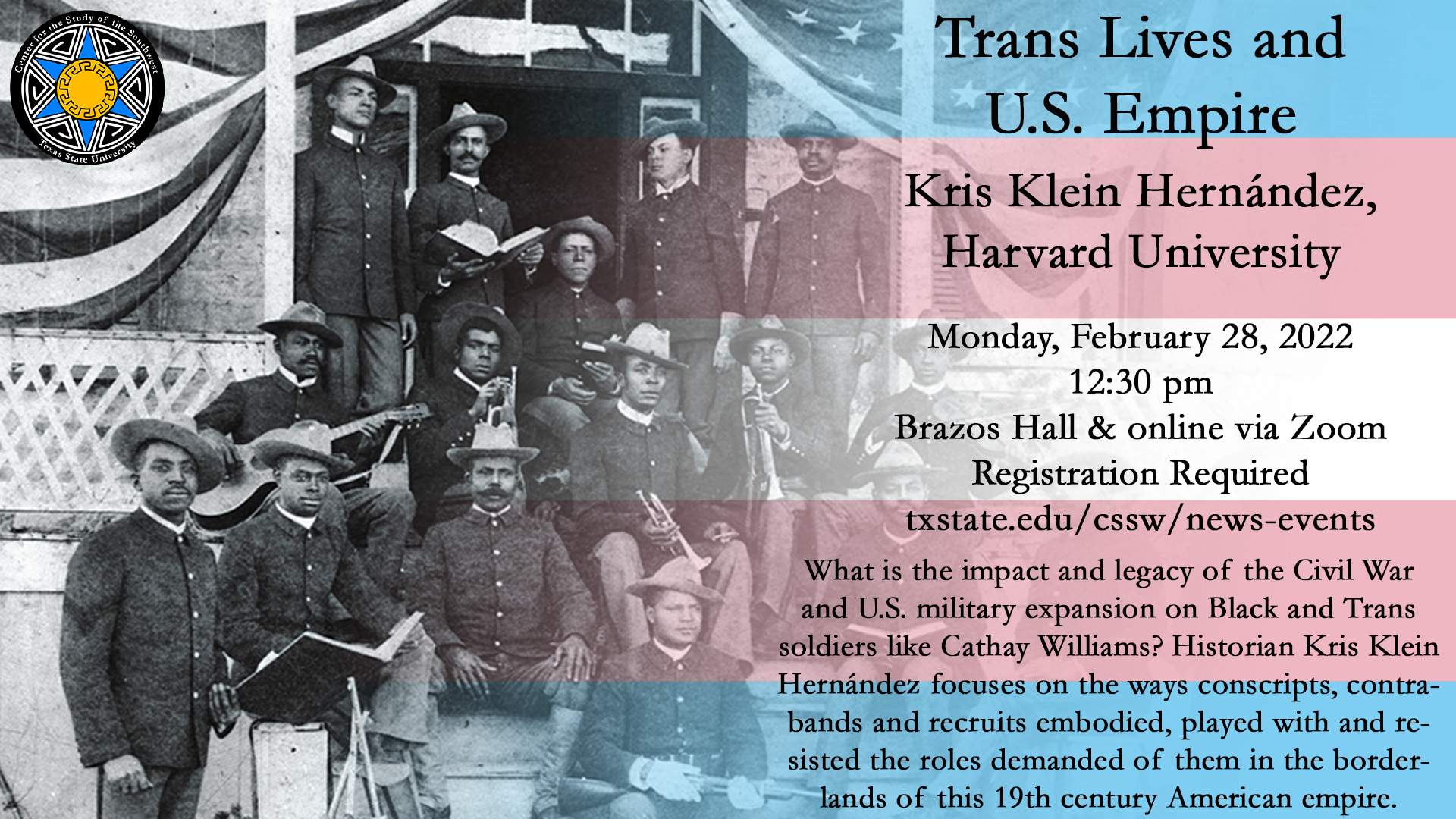 The Civil War in the United States catalyzed an additional set of violent encounters in territories that had been under indigenous and Mexican control. Harvard historian Kris Klein Hernández tracks the impact of this stage of military expansion on Black and Trans soldiers, focusing on the ways conscripts, contrabands and recruits played with and resisted the roles demanded of them in the borderlands of this 19th century United States empire.

The presentation is part of a larger kaleidoscopic inquiry into the impact of the U.S. military and a white imperialist project on the multi-ethnic workers, soldiers and communities that fed, maintained, defended and resisted the military dimensions of U.S. empire in Texas, New Mexico, Kansas and Missouri. The project builds upon his dissertation, “Militarizing the Mexican Border: A Study of U.S. Army Forts as Contact Zones.”  The project examines how racial anxieties emanating from military bases and its officers affected ethnic Mexicans, freed African Americans, and Native peoples residing within their orbits, causing cultural and material change through Texas, the New Mexico Territory, and Mexico.  Through an analysis of writings (travel literature, diaries, letters, publications) that army personnel produced while in federal forts, it shows how early militarization was shaped through ethnological knowledge and the comparative racialization of border communities.

Kris Klein Hernández is a Global American Studies Postdoctoral Fellow in the Charles Warren Center for Studies in American History, and Lecturer on History (Spring 2022), at Harvard University.  His scholarship, which explores comparative racialization and militarization within the nineteenth- and twentieth-century U.S. Southwest, is situated at the nexus of Latinx Studies and Borderlands History.  Klein Hernández teaches courses on nineteenth and twentieth-century Latinx history; U.S. imperialism and empire; race, gender, and sexuality from the early republic to the present; and the history of the military.