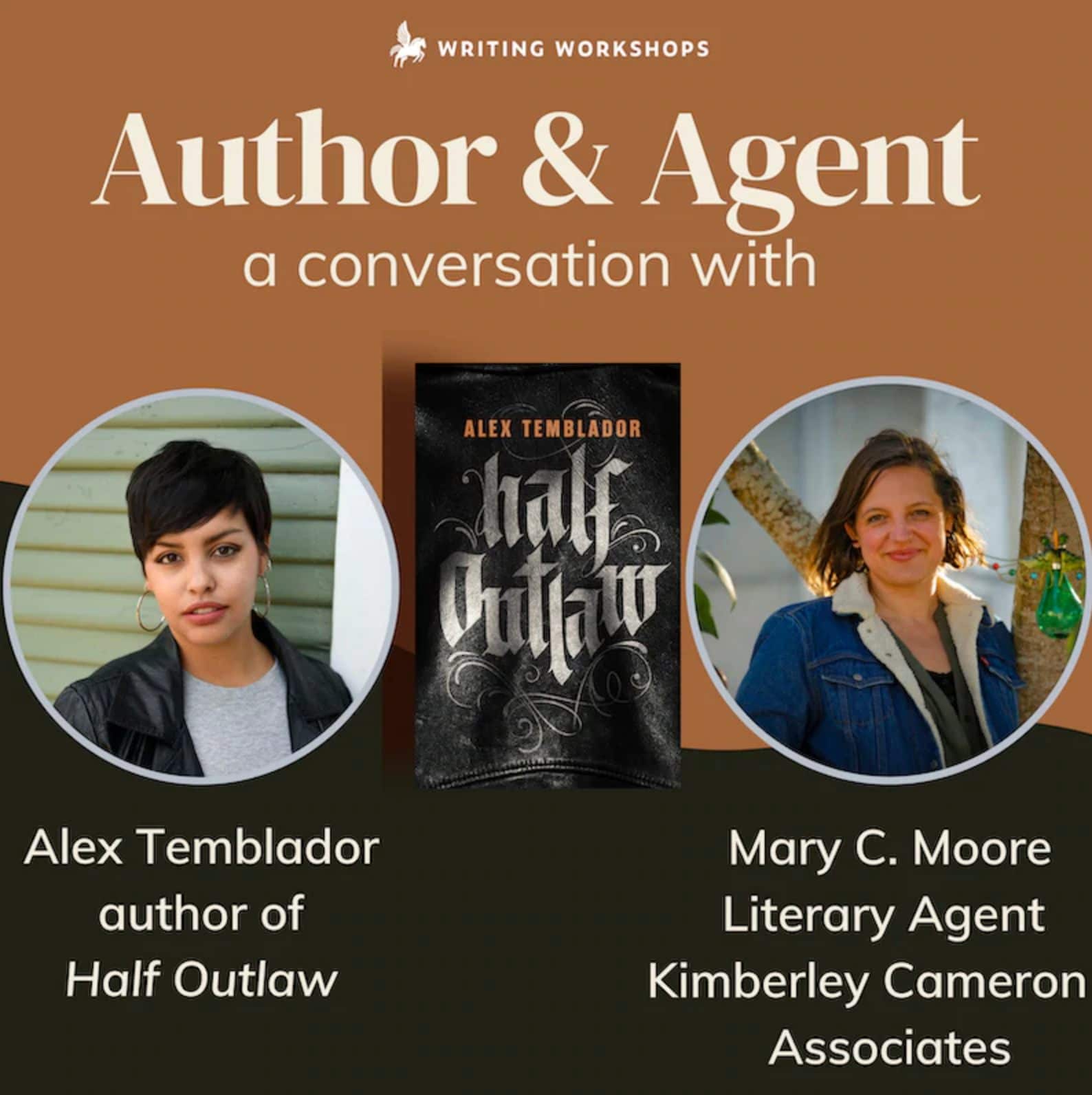 Join author Alex Temblador and her agent, Mary C. Moore on July 12, 2022, at 6 p.m. (CDT) for a virtual LAUNCH celebration of HALF OUTLAW, hosted by Writing Workshops Dallas!

RSVP TO SECURE YOUR SEAT: https://writingworkshops.com/…/author-agent-a…
————————
About HALF OUTLAW…
Looking for the missing half of herself, a woman goes on one last ride with the motorcycle club that raised her, and gets more than she bargained for.
After the tragic death of her parents when she was just four years old, Raqi is sent to live with her uncle Dodge in Escondido, California. Taking after her Mexican father, Raqi immediately faces hostility from the members of Dodge’s all-white, 1 percenter motorcycle club, the Lawless, and from her uncle himself. Being raised by a drug addict is no picnic, and Raqi must quickly learn how to survive. She manages to form a few friendships. Still, as soon as she can, she leaves the violence and bigotry behind and doesn’t look back.
Years later, Raqi is a successful partner at a law firm in Los Angeles. She gets a call from Billy, the leader of the Lawless. Dodge is dead, and Billy wants her to go on the Grieving Ride, a special ride taken for all deceased members, and one that strictly follows the deceased’s wishes. There is no way Raqi would ever attend, except for one thing: Billy promises to give her the address of her grandfather if she goes on the ride. It’s the address of her father’s father, her Mexican grandfather. Learning for the first time that she has other family and desperate to connect, she agrees. But this will be no ordinary Grieving Ride. Raqi is reacquainted with her old bike and with the various club members. During the cross-country trek, she will learn more about her uncle, and about herself, than she ever imagined possible.
Alternating between Raqi’s childhood and a present 90s setting, and accented by moments of magical realism, Half Outlaw is the story of one woman’s quest to find a better future while still wrestling with a tumultuous past. In her first adult novel, Alex Temblador gives readers an immersive look into a dangerous subculture at the end of an era, and a powerful and heartfelt story that explores self-knowledge, acceptance, and the meaning of family.