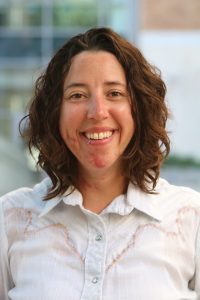 My scholarship is primarily informed by queer of color theory and women of color feminism. Methodologically, I am a rhetorical critic who utilizes textual and field-based methods. I am interested in studying social movement building, activist rhetoric, and coalitional politics. My work emphasizes the rhetorical practices of groups marginalized within existing power structures, but I also attend to rhetoric produced by powerful institutions and actors about marginalized folks and the systems that oppress them (e.g., immigration system, prisons etc.). Foremost, I want my scholarship to highlight the work of people fighting for justice and liberation.

In 2013, I published my first book, Queer Migration Politics: Activist Rhetoric and Coalitional Possibilities, which examines coalition building at the many intersections of queer and immigration politics in the contemporary United States. In 2019, I published a book of interviews I conducted related to Palestine while hosting a radio show on WORT-FM in Madison, Wisconsin. That book is called Palestine on the Air. My new book, The Borders of AIDS: Race, Quarantine, and Resistance will be released from the University of Washington Press in spring 2021. The Borders of AIDS centers citizenship and immigration status to tell a story about how HIV/AIDS became an opportunity for powerful people in the US to enact “alienizing logic” against migrants, Black folks, and others. It also shows how people fought back.