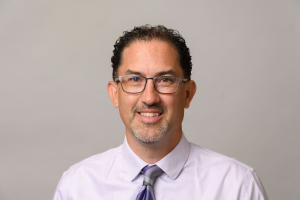 Mark Overmyer‐Velázquez is University Director of UConn Hartford and Professor of History and Latino and Latin American Studies at the University of Connecticut. He trained at Yale University as a historian of Latin America and U.S. Latinos and has dedicated his research and teaching to these intersecting fields. He completed his book, Beyond la Frontera: The History of Mexico‐U.S. Migration (Oxford, 2011), while on fellowship as the Peggy Rockefeller Visiting Scholar at Harvard University. His latest book analyzes the historical experiences of people from Latin America and the Caribbean in their hemispheric and global diasporas. Global Latin(o) Americanos: Transoceanic Diasporas and Regional Migrations (Oxford, 2017), emerges from his work as a Fulbright Scholar examining the history of Peruvian migrants in Chile. Winner of the New England Council on Latin American Studies Best Book Award, his first work, Visions of the