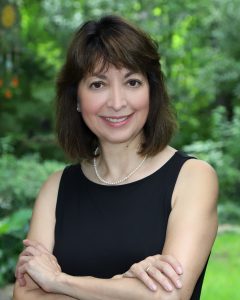 A professor of mine once argued that the greatest enemy of academic freedom in the university is the norms that exist about what kinds of questions and issues may be raised and what kinds of questions may not be raised. As scholars we often hesitate to raise issues that might lead to eliciting disapproval, not only from university administrators but also from colleagues who we see regularly or whose regard we seek in our disciplines. Consequently, we often end up discussing matters of social justice only in “safe” environments such as academic conferences.

However, our colleague and former President of the American Sociological Association, Mary Romero points out that in this time of increasing social inequality we must embrace scholarship that challenges social injustice. The normalization of racism, nationalism and xenophobia demands we reexamine objectivity and detachment in research and its contribution to reinforcing status hierarchies and inequalities.

The mission of the IUPLR is to advance the intellectual presence of Latinos in the United States. It is also focused on addressing the issues that impact our Latino communities and our country. In the past few years we have seen numerous attacks on Latino communities— immigrants and citizens, adults and children. The dilemma of citizenship has arisen even in the military as veterans are being deported. And when we are not being featured as criminals and invaders, we are all but invisible in the media. The outcome of various policies has led to significant, persistent, and growing discrepancies in inequalities. As a consequence, the progress of our Latino communities remains stymied even as resistance to our communities has increased. The result is a climate of demoralization and diminished trust by Latinos in our polity.

As the academic leader of developing the intellectual presence of Latinos in the U.S. the IUPLR possesses the analytic tools necessary to support our communities to fight economic, political, and social injustice. It informs public debate about health, transnational communities, education, family, immigration, arts and culture, disaster and environmental impact, and a host of issues impacting not only Latinos but also the nation.

While we would all like to believe in a meritocracy, even those of us who have benefited from the system in which we live and work, understand we have a long way to go before we collectively realize the promise of the American dream. And so, our community and the sense of obligation toward it, leads inevitably to the asking of inconvenient questions without constraint. Research practices embedded in dispassionate and mainstream theories and methodologies, and policies that promote “meritocratic” systems when applied within a political and economic system whose origins are inherently unequal, are the systems that must be reassessed and critiqued to disrupt and transcend boundaries.

We as a community of IUPLR scholars exist within the larger community. Without a sense of justice or what is right, this sense of obligation and community cannot thrive. We therefore must engage research designed to invoke greater equity in our society if we are to remain consonant with our proposed mission. Our research and our work in classrooms, universities, and the larger community is designed to provide alternative ways not only of seeing and understanding the world but also of living in it.